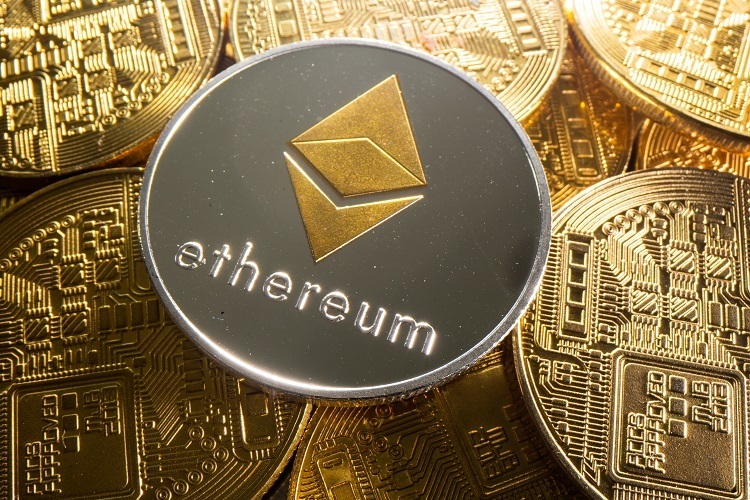 Ethereum is the second biggest cryptocurrency in the world. But it’s more than just a virtual coin. It’s a powerful, open access blockchain network that allows developers to build decentralized applications.

Although Bitcoin has been at the top of the crypto world for many years, Ethereum is catching up. Like most cryptocurrencies, the value of ether has had its ups and downs.

Some people are moving their investments to new cryptocurrencies while others have faith that Ethereum will continue to grow.

So is Ethereum dead or is it just getting started? Is Ethereum a good investment for 2021? Keep reading to find out.

Cryptocurrency has become a buzzword for the last few years, but what does it mean?

The first-ever cryptocurrency was Bitcoin, which launched in 2009. The success of Bitcoin prompted the creation of several other virtual coins and nowadays there are hundreds of different cryptocurrencies.

The purpose of cryptocurrency was to create a decentralized system whereby money could be exchanged directly and securely without the need for a third-party. This removes the need for banks or financial institutions.

Because transactions are made over a decentralized network, this system removes the possibility of corruption or control by an authority.

Bitcoin is still the number one cryptocurrency in the world by market cap, but Ethereum is number two.

Ethereum is a decentralized blockchain network. Ethereum’s network is used for exchanging cryptocurrency and building decentralized applications. The currency exchanged over the Ethereum network is called ‘ether’ (ETH).

Vitalik Buterin created Ethereum after being active in the Bitcoin community. He saw several problems and limitations to Bitcoin and decided to create his own decentralized blockchain network that could handle a whole new set of functions.

Ethereum’s network is openly accessible to developers who are looking to build blockchain applications. Application developers use ether to pay for transaction fees and services on the Ethereum platform.

Another interesting aspect of Ethereum is that it makes use of smart contracts to facilitate the exchange of property. What is a smart contract? It’s a contract that self-executes when certain conditions are fulfilled.

Smart contracts are pieces of code written onto the blockchain. That means they cannot be manipulated by a third-party.

Instead of using a distributed ledger, like Bitcoin and some other cryptocurrencies, Ethereum has a virtual machine called the Ethereum Virtual Machine (EVM). This enables the execution of machine code and allows developers to build all kinds of applications on top of the network.

Should You Invest in Etherum?

Ethereum has been through its share of ups and downs, but many experts feel it has now matured and is no longer a bubble waiting to pop. Are you planning to buy or sell Ethereum? Here are some important factors to consider.

The Ethereum blockchain runs on a proof-of-work (PoW) system. This means that you can ‘mine’ Ethereum’ by using your computer power to verify transactions. Mining requires computers to solve complex problems, so the more computer power you have, the better.

There is a problem, though. Running mining rigs takes a lot of energy. In fact, the amount of power consumed by the Etherum network could power over one million households.

To solve this energy problem, Ethereum decided to launch a new network based on proof-of-stake (PoS) which is much more energy-efficient than PoW. PoS allows people to “stake” their coins as collateral for the right to confirm transactions.

The problem with PoS is that those who control more coins have more power on the network. In other words, if you have loads of ether, you get to call the shots. This is not what decentralized technology was trying to promote.

This has caused many to steer away from Ethereum, knowing that in the long-term it may be dominated by authorities who own all the coins.

Something else that bothers many people are the variable and often high transaction fees on the Ethereum network.

This all started when Ethereum moved towards decentralized finance (DeFi). You see, DeFi allows anyone to trade, issue, and borrow coins without having to go through a verification process.

For investors, there is an advantage to all of this. As activity on the Ethereum network grows and block sizes skyrocket, the value of ether will climb. This growth is likely to continue into the near future.

If you’re planning to invest in cryptocurrency, Ethereum is a solid bet. Ethereum’s price is currently sitting at $490 and many are predicting it will continue to grow in 2021.

Ethereum has fuelled the increase in decentralized apps. And as its decentralized exchanges continue to grow, the value of ETH will keep increasing. Security protocols will also need to become more sophisticated as hackers attempt to breach the system.

While the value of ether is hard to predict in the long-term, some experts are predicting Ethereum to double in value going into 2021. This could make it a lucrative investment in the short to medium term.

The creation of the Ethereum network has brought with it an exciting rise in the adoption of blockchain technology. And Ethereum’s smart contracts fuel the creation of innovative decentralized applications.

So, is Ethereum dead? Not so much. Although Ethereum’s future is uncertain as it moves from proof-of-work to proof-of-stake, it’s still a strong investment going forward.

As decentralized finance grows and blocks get larger, the value of ether will increase. This makes ether a solid investment for the short and middle term. If you enjoyed this post, check out more content in the finance section of our website.

5 Reasons Why You Shouldn’t Cancel Your Life Insurance

Why You Should Choose A Career In Business And The Best...

Chris Ford - December 22, 2022 0
Introduction Oanda is an online broker offering forex trading, cryptocurrency trading and CFD trading to traders around the world, allowing them access to over 100...

Chris Ford - December 6, 2022 0
Picking a stock broker can be a daunting task. With so many to choose from, how do you know which is best for you?...

Chris Ford - November 11, 2022 0
A personal loan is very beneficial to help you to take care of a sudden or emergency expense. Whether it is a medical emergency,...

What Are The Different Types Of Data Mining And Their Techniques?

Chris Ford - September 30, 2022 0
Data mining is the process of analyzing data to find patterns, trends, and relationships. It’s a broad field where experts use different techniques for...

How to Keep Your Loved One’s Memory Alive

Should I Buy Or Rent A House In Texas?

Tips for a Successful Office Removal.

Tax Returns and the Government Shutdown: Is It Time for CPA?

Safety should be your prime concern in trading

Recruitment Agency Can Give Suitable Job